Dharavi, an enigma of Mumbai

Dharavi, an enigma of Mumbai 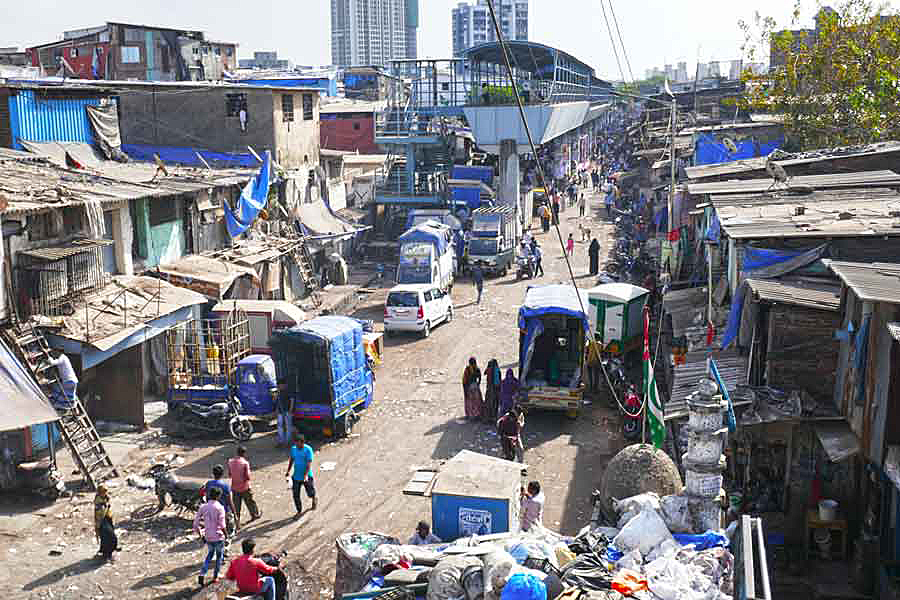 Dharavi is known as Mumbai’s largest slum the connotation of the word suggests an overcrowded populated area of dilapidated housing inhabited by very poor people. It certainly is densely populated, within an area of  2.1 square kilometres it is estimated a million people live, but it is not only a residential area there are over 7000 industries and 15,000 single room workshops. A hive of activity with a major one being plastic recycling, alongside a large garment sector from fabric dyeing, embroidery and tailoring also leather production, pottery, restaurants catering to the inhabitants, barbers, markets alongside schools and hospitals. 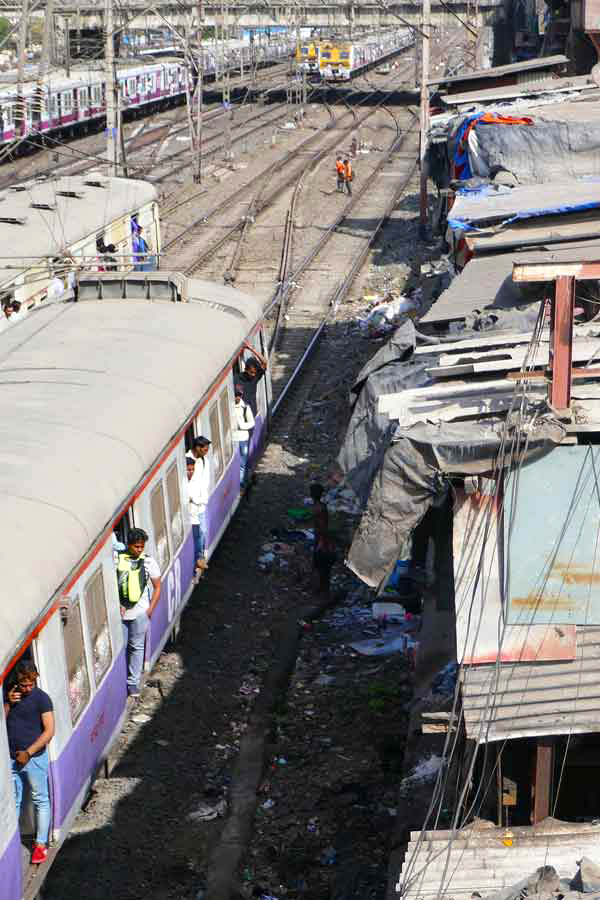 In the 19th century the area was inhabited by Koli families, fishing folk as it was a large swamp, then the British built a dam on the Mithi River diverting water so the swamp dried up. The fishermen moved closer to the sea, potters replaced them and as Mumbai grew and the textile industry flourished men migrated to the area from north India and so Dharavi begun to develop. Many of today’s community are second – generation inhabitants whose parents emigrated here from outside states to find work, the district provides cheap housings for those coming into Mumbai to earn a living. 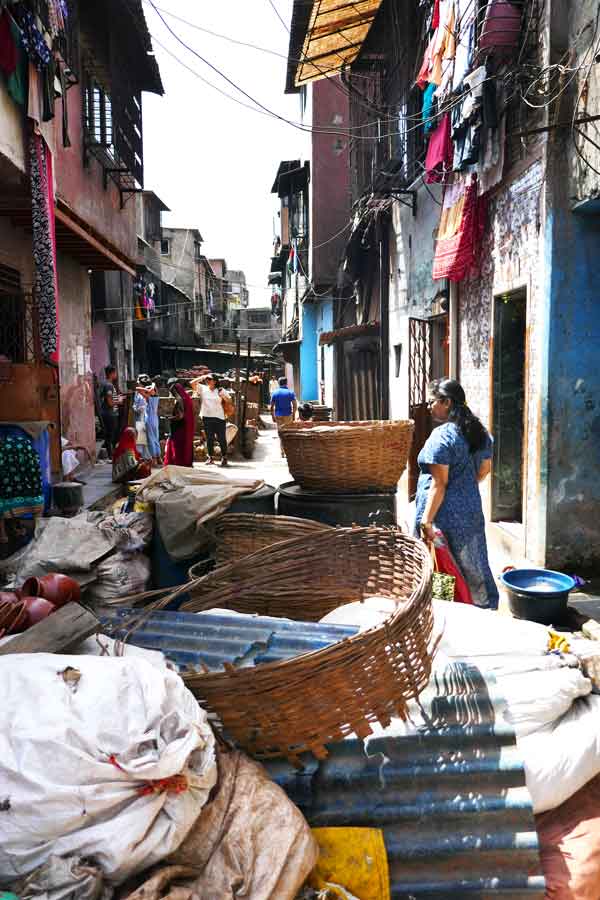 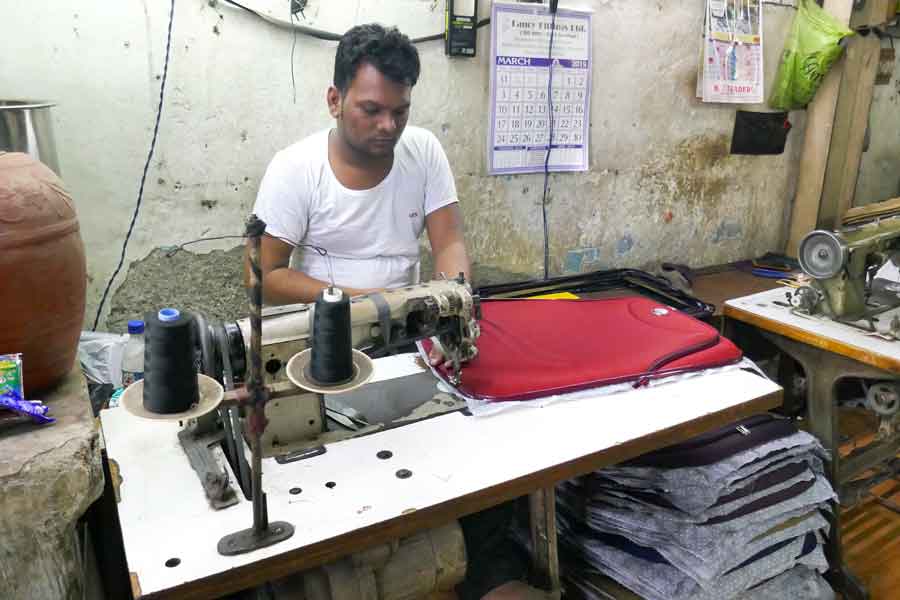 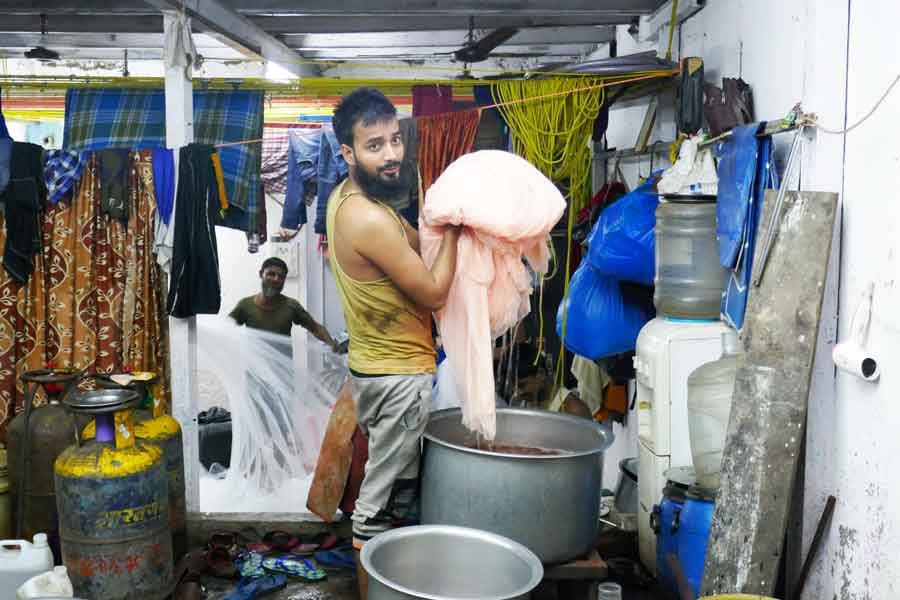 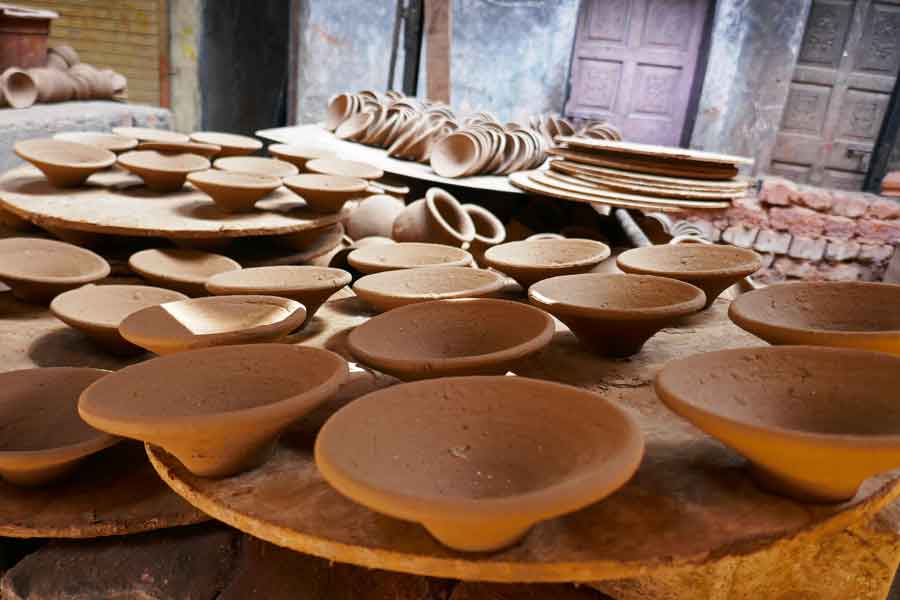 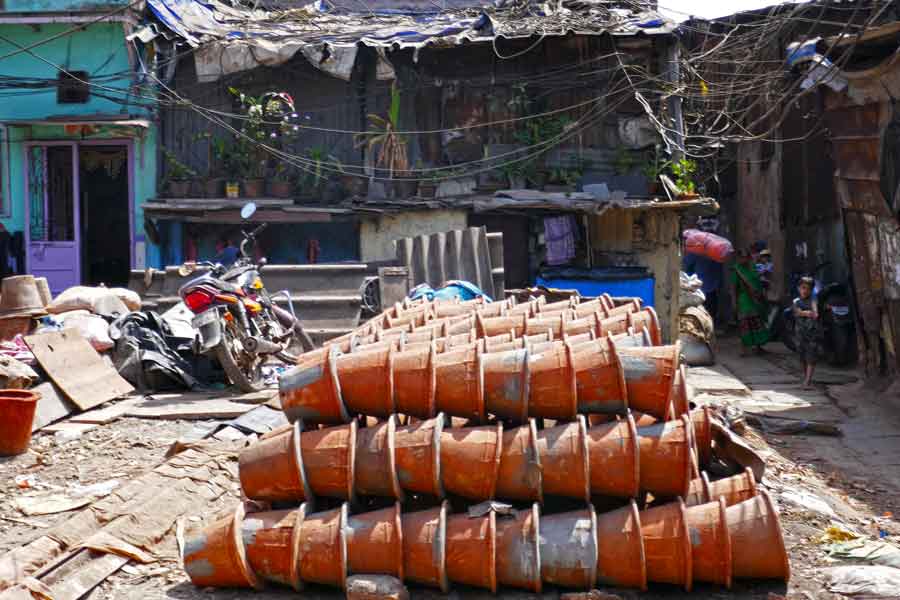 What I did see was so much more, yes you do walk through a maze of crowded lanes filled with men rushing through with oversized sacks of plastic balanced on head or shoulders, but you also see one room businesses where suitcases to cloth are being machine stitched. Out of the darkness orange sparks flying from blades being grinded by metal workers, potters filling up kilns, men up to their armpits in vast tubs of coloured dyes dipping fabrics, others working in the leather industry preparing tanned hides to be transformed into jackets, bags, belts which are now sold in a leather shop under the Dharvai brand. 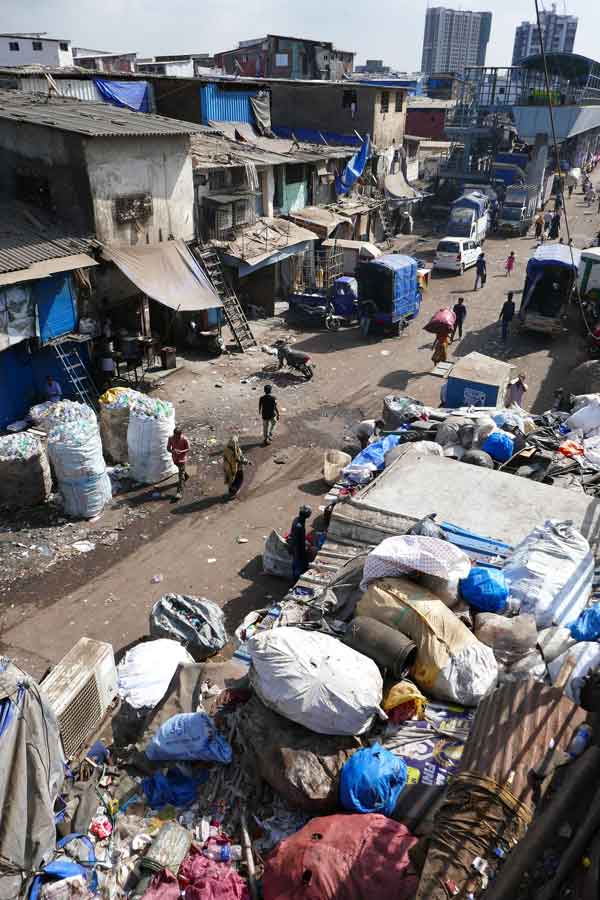 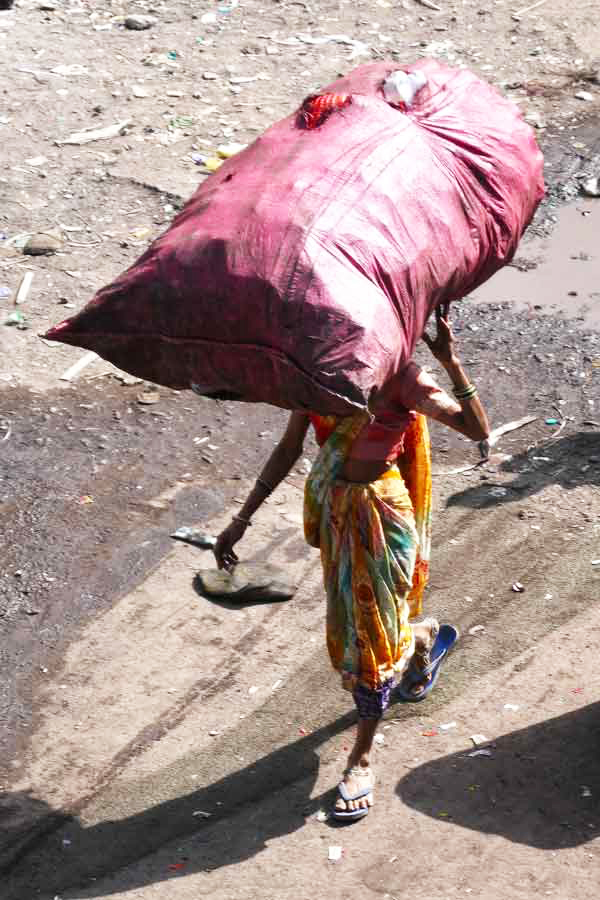 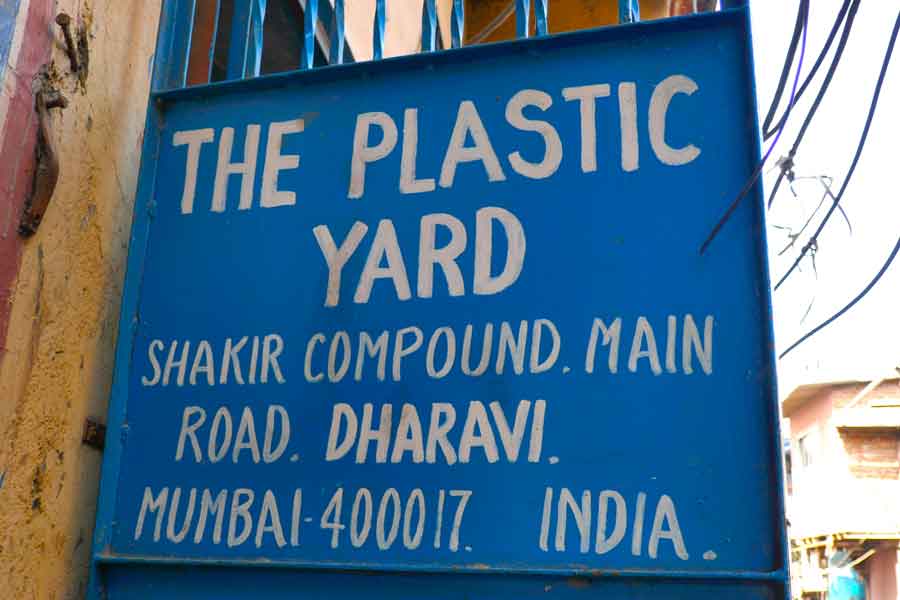 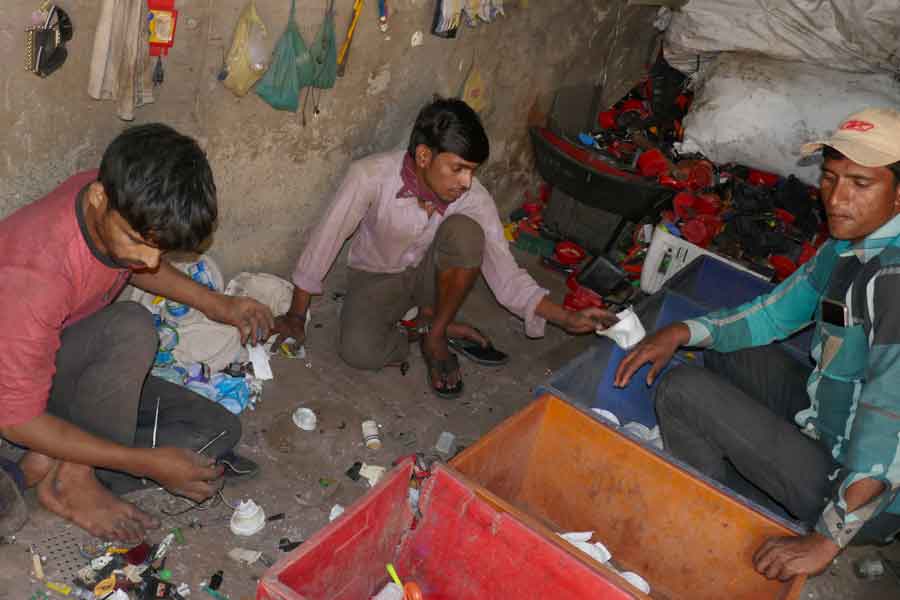 The narrow streets of the residential area where rays of sunlight barely penetrate are separated from the bustling passageways of commerce. A walking tour is the best way to explore, arranged though UA Fundays my guide was Ahed from Be the local Tours, set up within Dharavi using students as guides enabling them to earn money for college. As a son of Dharavi whose father came here 40 years ago from Uttar Pradesh his insight and knowledge was invaluable in understanding how this city within a city organises itself and functions and to dispel the belief that it is a slum of poverty and dirt. 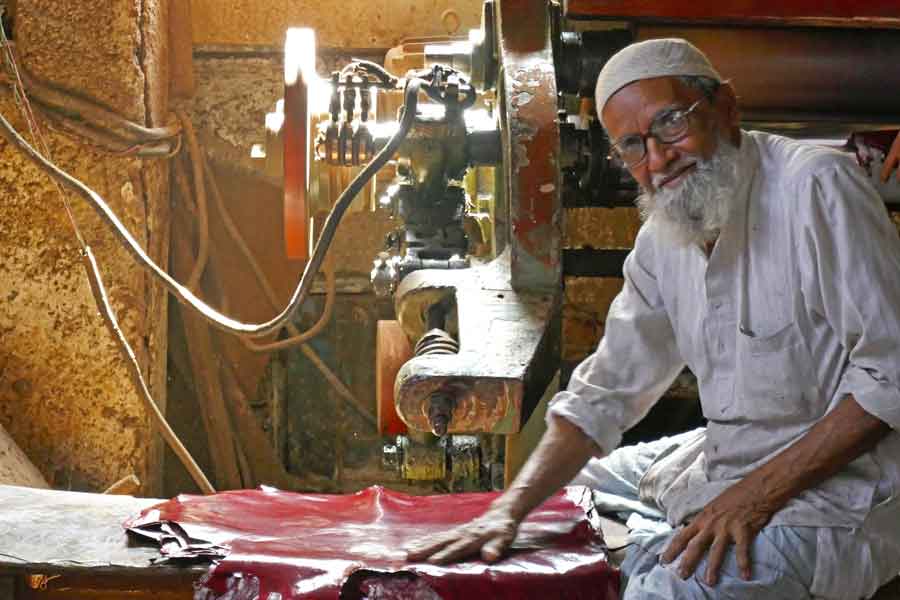 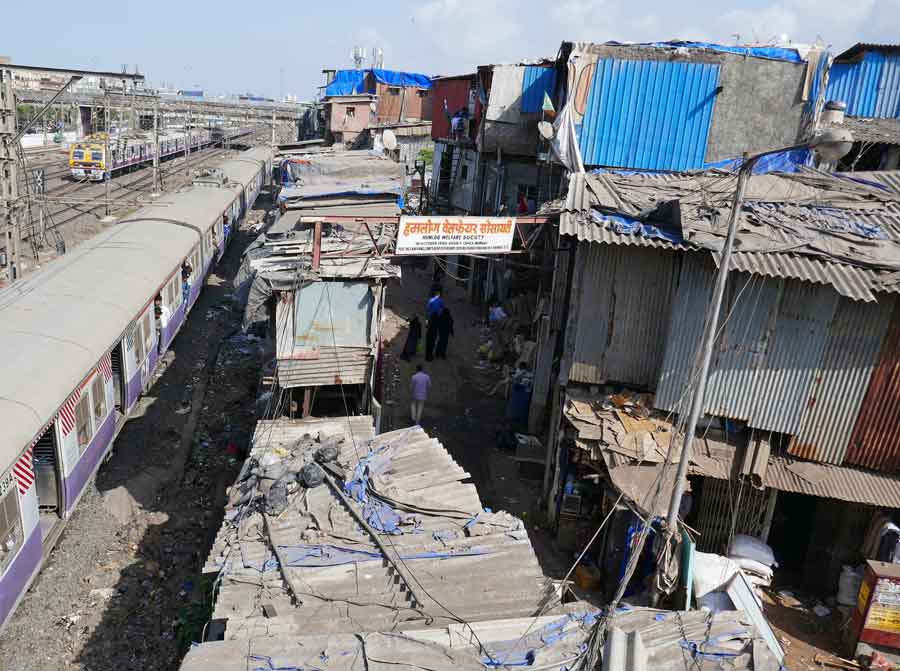 I also found an independent, entrepreneurial community whose people were so welcoming and friendly and willing to take a few precious moments from their busy lives to explain what they were doing and share their stories. As the industries are estimated to generate a turnover of 1 billion dollars annually Dharavi is certainly one of the most productive slums in the world and were it not for the massive recycling initiative Mumbai would disappear under a sea of plastic.